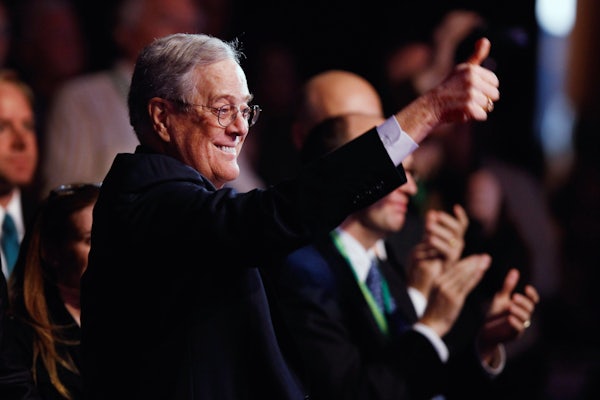 What’s worse, having a father that helped the Nazis or blackmailing your gay brother?

Those are just two revelations about the Koch brothers from Jane Mayer’s new book, Dark Money, about how rich families shaped conservative politics in America, according to The New York Times. The Koch family patriarch, Fred Koch, reportedly helped build the third-biggest oil refinery in Nazi Germany, one that was approved by the Fuhrer himself.

And when it came to running the family business, his now-infamous sons Charles and David Koch, along with their less well-known brother William, allegedly threatened to out a fourth brother, Frederick, if he didn’t relinquish his claim to the company, according to a 1982 deposition.

Charles Koch in October 2015 said his network of conservative donors aimed to spend $750 million to support Republican candidates and causes in the 2016 election cycle.