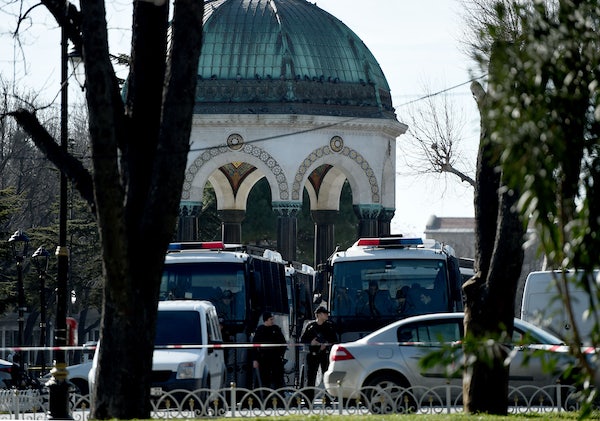 In a televised address, Turkish President Recep Tayyip Erdogan said that Turks and foreigners were killed and wounded in the attack. While the identities of the victims are not yet known, Erdogan reportedly informed German Chancellor Angela Merkel that the majority of the dead are German nationals; in a statement, Merkel said that the attack was on a German tour group. Turkish authorities have identified the attacker as a Syrian member of ISIS born in 1988.

Many of Istanbul’s most popular tourist destinations are located in Sultanahmet, including the Blue Mosque, the Hagia Sophia, the hippodrome, and the tomb of Mehmed II.

Turkey has taken a more active role in the fight against ISIS over the past year, and is allowing the U.S. to use a base in the Incirlik region for warplanes. That said, the country still seems more interested in fighting Kurdish rebels. According to the BBC, “Violence has also soared between Turkish security forces and PKK militants, battling for more autonomy for the Kurds, after a ceasefire agreement broke down in July.”