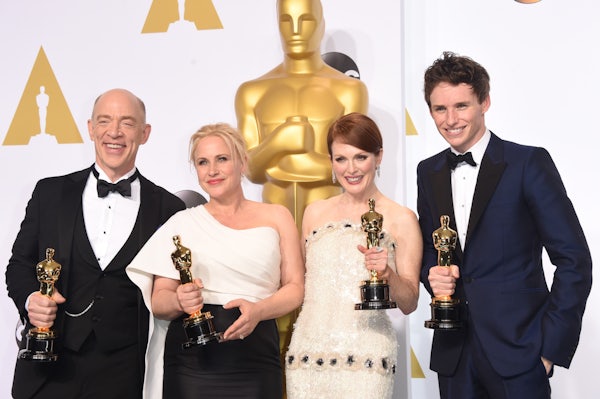 The unbearable whiteness of the Oscars.... again.

All 20 acting nominees for this year’s Oscars are white, setting up a repeat of last year’s #OscarsSoWhite campaign. (Last year’s awards were the least racially diverse in 17 years.) Before anyone says that this is because there were no good performances by people of color to choose from, let’s just think: Idris Elba in Beasts of No Nation, Michael B. Jordan in Creed (though Sylvester Stallone did get a Supporting Actor nod, plus loud cheers), Samuel L. Jackson in The Hateful Eight, Jason Mitchell in Straight Outta Compton, and Mya Taylor and Kitani Kiki Rodriguez from Tangerine.

In the Academy’s defense, this is the first time it has nominated all white actors in back-to-back years since the 1997-98 season, so it’s not fair to say this is a pattern (at least not yet).