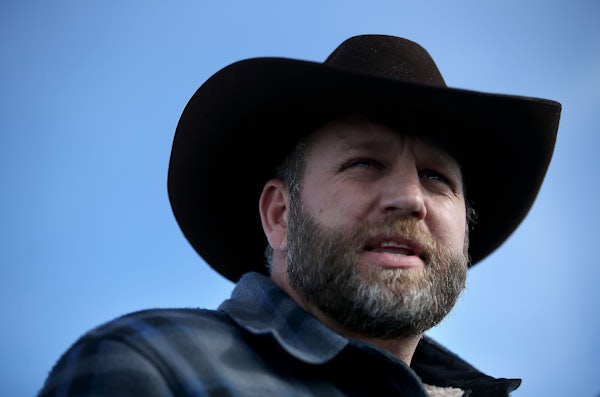 Ursula K. Le Guin has written a spot-on letter about the Bundy mess in Oregon.

The author of fantasy classics like the Earthsea cycle objected to a recent headline in The Oregonian that described the Bundy militia’s takeover of a federal building in the Malheur wildlife refuge thusly: “Effort to Free Federal Lands.”

As Le Guin, a longtime resident of Portland, wrote in a letter to the editor:

Ammon Bundy and his bullyboys aren’t trying to free federal lands, but to hold them hostage. I can’t go to the Malheur refuge now, though as a citizen of the United States, I own it and have the freedom of it. That’s what public land is: land that belongs to the public—me, you, every law-abiding American. The people it doesn’t belong to and who don’t belong there are those who grabbed it by force of arms, flaunting their contempt for the local citizens.

Quite right. For good measure, she also called the Bundys and their supporters “a flock of Right-Winged Loonybirds.”