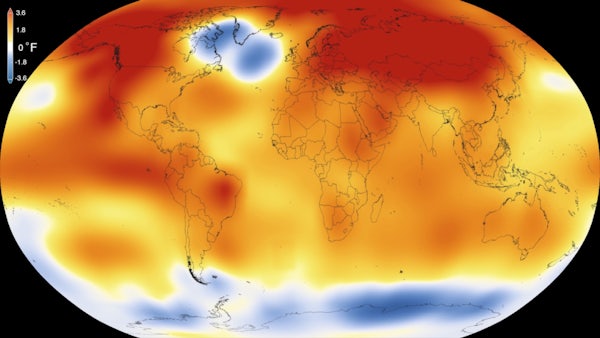 2015 was the warmest year in recorded human history.

And it wasn’t even close. Globally, last year’s average temperature of 58.62º shattered the previous mark that was set all the way back in 2014. Record keeping dates back to 1880, and the 17 hottest years ever recorded took place in just the last two decades.

As the New York Times notes, the record highs set in each of the last two years suggests the planet might be returning to a pattern of rapid warming after years of negligible increases. Even as the scientific community continues to insist, almost universally, that anthropogenic climate change is real, Republicans like Ted Cruz have pointed to this period between 1998 and 2014 as proof that global warming has stopped.

The news was widely expected by climate scientists, who earlier this month declared 2015 the second-hottest year in U.S. history. A record-breaking December, when temperatures were 6º above last century’s average, helped solidify 2015’s place in the record books.