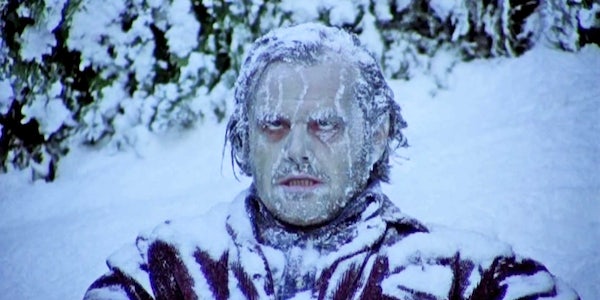 So this is how it ends.

Officials at the Washington Metropolitan Area Transit Authority (aka WMATA, aka Why-Ma-Ta, aka Metro) announced Thursday that due to the blizzard barreling toward the city, the subway system will close Friday at 11 p.m. and not re-open until Monday morning. What time on Monday morning? The agency did not say, nor does it need to. Because we will all be dead.

Here’s how it will go down:

Everyone in Washington will be lounging in sweatpants tomorrow, watching Making a Murderer (aka “telecommuting”). Come Friday evening, there will be several inches of snow on the ground. The most socially stunted Washingtonians will meet in the city’s traffic circles for snowball fights. A slightly higher percentage of intrepid souls will tromp to their nearest bar and get giddily drunk. The rest will remain where they have been all day: on the couch.

Saturday morning, and there’s at least a foot of snow on the ground—including the sidewalks, because this is Washington, where no one owns a snow shovel. Sidewalks are for losers anyway (because pedestrians are losers, said every Maryland and Virginia driver, ever). The streets aren’t that bad yet, but that’s moot since you’d have to dig out your car. Oh, let’s take the Metro!

And then you remember this very news item.

Sunday afternoon. Cabin fever has set in. You did not get to the supermarket in time, so your fridge contains only condiments. You have not showered since Thursday morning. You have not changed clothes since Friday morning. There’s two feet of snow outside. You still have electricity, though, so you watch a movie about a family trapped inside during a snowstorm. It’s too late before you realize it’s not a movie at all.