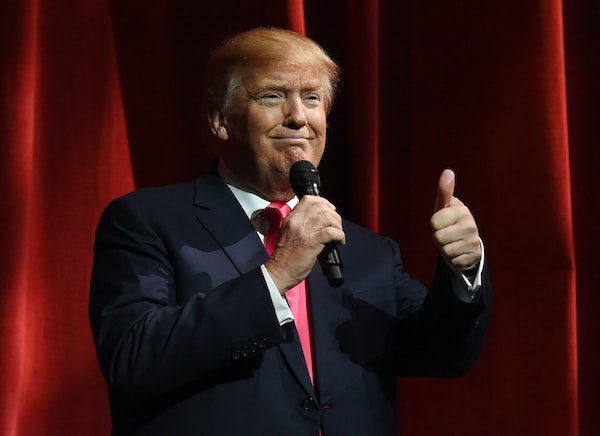 Amid calls from Ted Cruz and the Bundys of his party to turn over federally owned lands to states to do what they wish, Trump has taken a controversial stand: He wants to protect public lands. “I don’t like the idea because I want to keep the lands great, and you don’t know what the state is going to do,” Trump told Field & Stream, according to CBS News. “I don’t think it’s something that should be sold.”

His most surprising statement, though, is his argument that the domestic boom in oil and gas drilling should be an extra incentive to slow down:

Right now, we’re at a very interesting point because right now there’s so much energy. And maybe that’s an advantage and maybe—actually, it’s more of an advantage in terms of your question because we don’t have to do the kind of drilling that we did. I am for energy exploration, as long as we don’t do anything to damage the land. And right now we don’t need too much—there’s a lot of energy.

This doesn’t just put Trump squarely to the left of his current opponents, but to Mitt Romney, who in 2012 wasn’t sure “what the purpose is” of public lands and wanted to allow states to determine drilling rights. Trump on the other hand thinks we “have to be great stewards.”