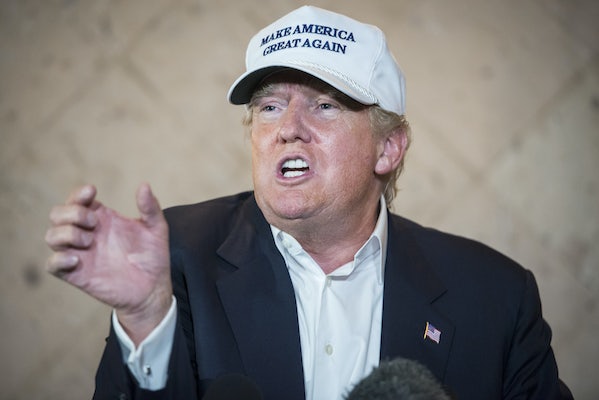 Trump’s birther attacks against Cruz have been crazy effective.

When Donald Trump announced that he would no-show tonight’s Fox News debate, Ted Cruz’s first reaction was to bait him. Cruz challenged Trump to face off Lincoln-Douglas-style, “mano-a-mano,” and offered to donate over $1 million to charities if Trump accepted.

Trump’s campaign responded with a flawless victory counter-troll, agreeing to a debate if and only if Cruz convinced a judge to certify his eligibility as a Canadian-born American to run for president.

This is all extremely hilarious, but taking stock of where we are, four days before the Iowa caucuses, it’s worth considering whether Trump is doing this for sport, or because it’s actually an effective line of attack. The evidence is striking.

Here’s a screencap of the RCP Iowa poll average with January 6 marked off for your convenience.