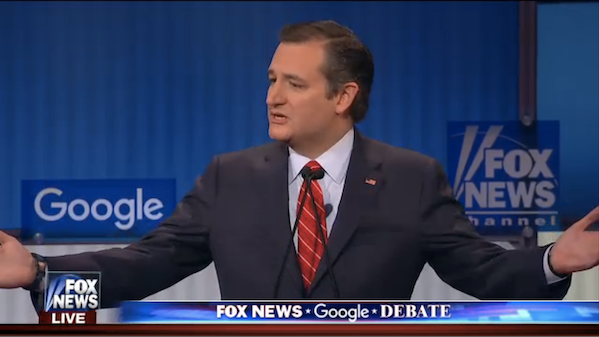 Ted Cruz knows how to bring it.

I’m on the record arguing that Donald Trump’s decision to no-show tonight’s debate was a demonstration of power and control, and thus likely to redound to his benefit. But if anyone on the Fox News main stage is capable of capitalizing on it, it’s Ted Cruz: “I’m a maniac. Everyone else on stage is fat and stupid. And Ben Carson, you’re a terrible surgeon. Now that the Donald Trump portion of the debate is over.” (Rough transcript.)

Cruz also expressed gratitude to Iowa voters and to the other candidates who bothered to show up. Anyone’s guess how it played, but it was very compellingly delivered.