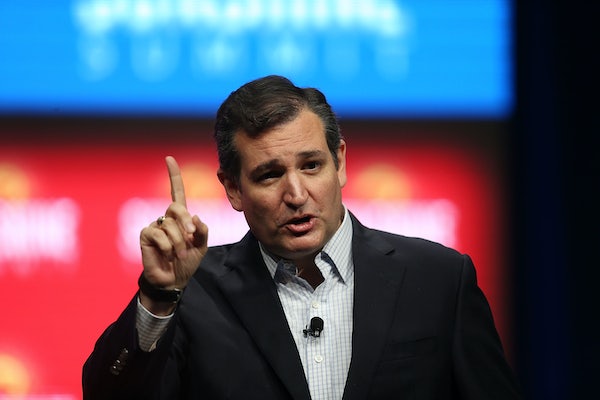 Ted Cruz is under a lot of last-minute fire in Iowa.

The Cruz campaign has come under some criticism for a mailer with the words VOTER VIOLATION emblazoned on it. The mailer assigns the voter and his neighbors an A through F score based on voting records and warns that a “follow-up notice may be issued” following the Iowa caucuses.

Iowa’s GOP Secretary of State Paul Pate slammed Cruz over the mailer, according to Politico. “There is no such thing as an election violation related to frequency of voting. Any insinuation or statement to the contrary is wrong and I believe it is not in keeping in the spirit of the Iowa Caucuses.” Pate said it “misrepresents the role of my office, and worse, misrepresents Iowa election law.”

Cruz spokesperson Catherine Frazier defended it as “a standard mailer that folks at the Iowa Republican party and other get out the vote groups have used to help motivate low propensity voters.”

An insensitive mailer is a rather small matter, but add it to the heavy criticism Cruz has already faced from Iowa Governor Terry Branstad and he might have a problem. Branstad has actively campaigned against Cruz because of his record against ethanol and renewable subsidies. “Renewable energy is very important to our state. A lot of jobs are at stake,” Branstad said. “His stand on that issue is definitely going to hurt him.”

Cruz has to contend with all this, plus last-minute Iowa buzz that’s building for Marco Rubio.