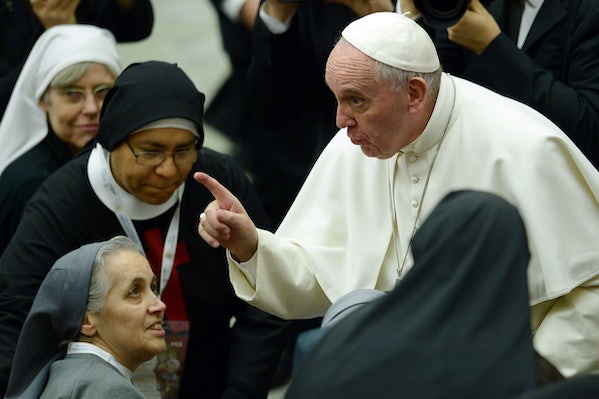 Pope Francis is making his feature film debut—but don’t call him an actor.

His Holiness will appear in Beyond the Sun, a children’s movie from Italian production company AMBI Pictures.

But the Vatican wants to make clear that the author/musician/Holy Father won’t be adding anything new to his multi-hyphenate job title: “The pope is not an actor,” a Vatican spokesman told Reuters.

The movie, which the production company describes as a “family adventure story where children from different cultures emulate the apostles while searching for Jesus in the world around them,” will end with an epilogue from Pope Francis. (Spoiler: He tells the children where to find Jesus.)

Profits from Beyond the Sun will be donated to two Argentinian charities for at-risk youth.