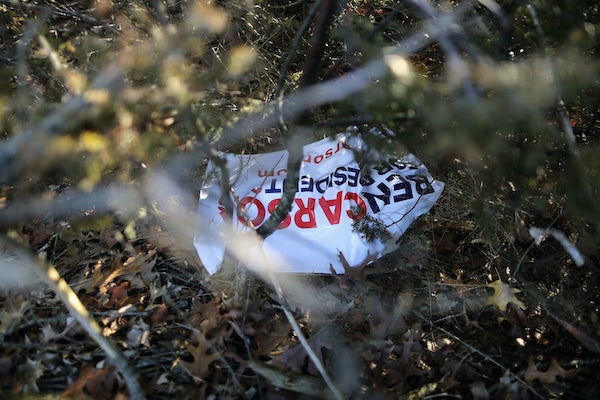 Ben Carson is the latest candidate to declare that he just doesn’t like Ted Cruz.

Last night was not a good one for Carson. After a report indicating that Carson was planning on taking a long break from campaigning emerged, his camp was put on its back foot: they quickly released a confusing statement saying that Carson was just going home to do laundry and would be back on the trail in two days, not two weeks.

The Cruz campaign, seeing an opportunity, sent emails to its supporters indicating that Carson was dropping out of the race and that they should encourage his supporters to switch sides.

While Carson finished fourth with nine percent of the vote—roughly where he was expected to be—it’s possible that the rumors swirling about his candidacy undercut his support.

In a speech given in Iowa last night, Carson lashed out at Cruz: “I was reasonably happy today until I discovered the dirty tricks that were going on,” he said. “And people spreading rumours that I had dropped out and that people should caucus for somebody else. I mean, do you think that that is something that’s acceptable?”

Carson joins Trump, Rubio, Santorum, Huckabee, John McCain, and pretty much everyone Cruz has ever encountered in disliking Cruz.

In the same speech, which you can watch below, Cruz also misquotes Joseph Stalin.