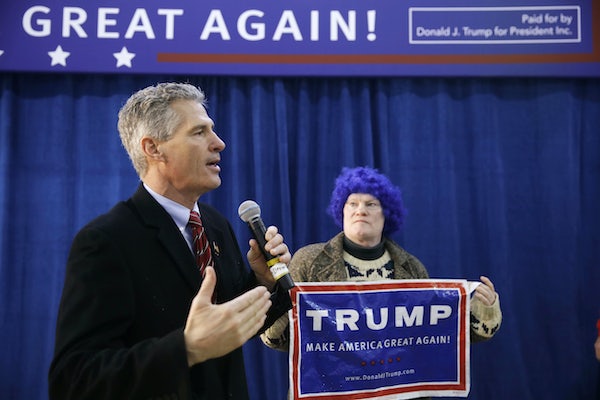 Scott Brown, who won Ted Kennedy’s Senate seat in 2010 by driving around Massachusetts in a pick-up truck, will endorse Trump tonight at a rally in the Granite State, according to The Washington Post. Coming off the heels of his second-place finish in Iowa, the endorsement from Brown could help shore up Trump’s support among Republicans who supported Brown in his failed bid to win a Senate seat in New Hampshire in 2014.

You might think, at first glance, that Trump and Brown have little in common. Not so. Both appear to be very interested in a position in a Trump White House. Both have made some very awkward propositions involving their respective daughters. And both support highly restrictive immigration policies, though while Trump would merely ban all foreign Muslims, Brown supports “putting a halt on all immigration coming in.”