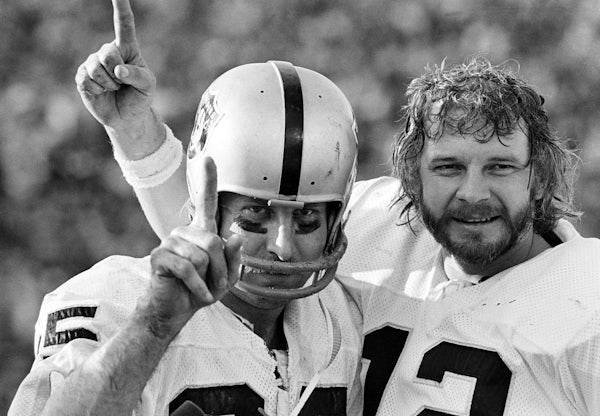 Report: There is “no question” that Raiders great Ken Stabler suffered from “moderately severe” CTE.

That’s what the doctor at Boston University’s Chronic Traumatic Encephalopathy Center who investigated Stabler’s brain and spinal cord, which were donated to to the center after his death, told ESPN’s Outside the Lines. CTE is caused by repeated blows to the head and is showing up at an alarmingly high rate in former football players. It can only be diagnosed after death, though there are efforts to discover a way to diagnose it in living players. (Though those efforts may be slowed because the NFL took away $16 million it had promised to CTE research in December of last year.)

According to the doctor who examined Stabler’s brain, “There was no question about the diagnosis.” Here’s how CTE affected Stabler, according to family members:

In addition to the “severe” headaches, Bush said Stabler had some disorientation, forgetfulness and even started repeating stories. She said the most obvious thing was that he had trouble sleeping.

“He would say, ‘My head is rattling,’ Bush told OTL. “And it was. It was, in fact, rattling. It intensified (over the last several years).”

As more research takes place, as more former stars like Stabler are diagnosed, CTE, after years of coverup, will become a bigger and bigger problem for the NFL.