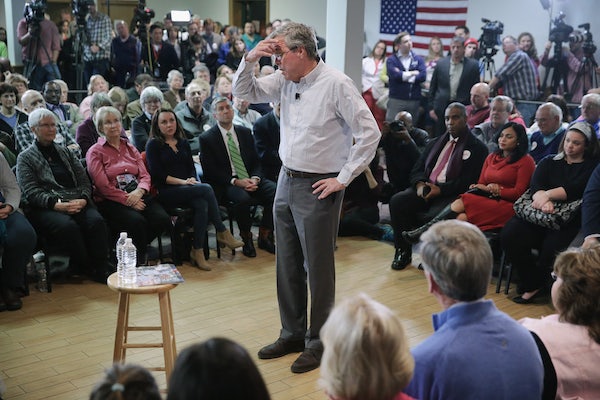 Bush finished a distant sixth in the Iowa caucuses, his donors are abandoning ship, and political insiders are drafting obituaries for his campaign. Bush summed up his own woes in this anecdote from The New York Times, reporting from a Jeb! campaign stop in Manchester, New Hampshire:

Speaking to a crowd at the Hanover Inn near the Vermont border during his final stop of the day, Mr. Bush finished a fiery riff about protecting the country as commander in chief—“I won’t be out here blowharding, talking a big game without backing it up,” he said—and was met with total silence.

The crowd laughed—and then, finally, clapped.

Has there ever been a clearer, more succinct encapsulation of a flailing presidential campaign than that?