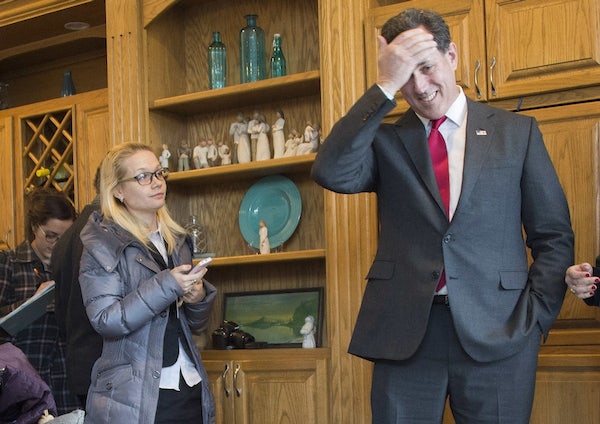 Rick Santorum is out.

The former Republican senator and future televangelist is dropping out of the presidential race, according to CNN.

Santorum was hoping for a strong, come-from-behind finish in Iowa, where he eked out a surprising win over Mitt Romney in 2012. But his message of exclusion—of gay people, of immigrants—failed to spread across the cornfields of Iowa this time.

He barely registered any support at all on caucus night, finishing a distant eleventh in a 12-man race. He couldn’t even convince his own precinct captains to vote for him, and before the counting had finished his campaign announced it would be “reassessing” the political landscape.