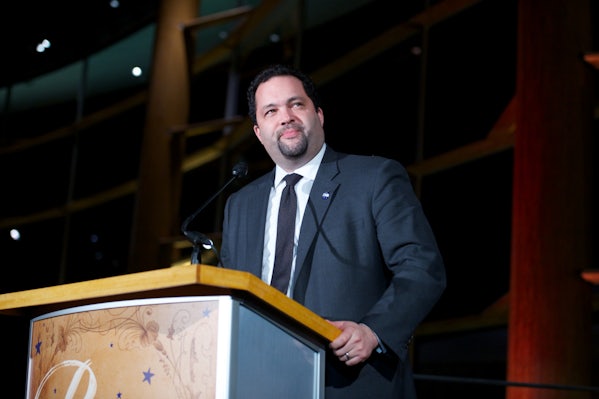 According to CNN, Ben Jealous, a former president of the NAACP, and the youngest person to serve in that position, will endorse Sanders before the New Hampshire primary on February 9.

Sanders has faced doubt from all sides that he could gain a foothold with black voters, who were very supportive of Bill Clinton and now largely stand with Hillary. In November, Rick Wade, who was national director of the African-American vote for Barack Obama’s campaign, told The Hill that, “Without a major hiccup or issue with Hillary, I don’t know what the thing is that Bernie can do that so distinguishes him that mass numbers of African-Americans are going to move to his side.”

Sanders has scooped up endorsements from Killer Mike, former Ohio state Senator Nina Turner, Minnesota Representative Keith Ellison, the rapper Scarface, and Cornel West. Still, even with Jealous added to that list, it’s unclear whether Sanders can budge the needle on his low support among African-American voters.

CNN notes that in a recent NBC/Wall Street Journal/Marist poll, Sanders received support from only 17 percent of black voters in South Carolina—the next primary state with a significant black population—while Clinton had 74 percent.