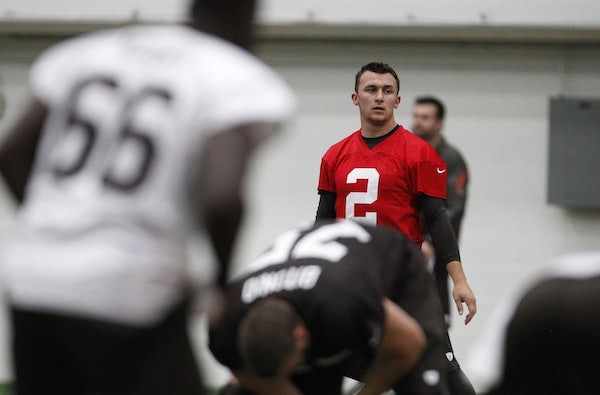 Johnny Manziel’s sad saga is stealing attention from the Super Bowl, and that’s a good thing.

Seemingly nothing has gone right for the former Next Big Thing since joining the NFL two seasons ago. The party boy antics that were once attributed to immaturity are now understood to be symptomatic of what looks like a very serious alcohol problem. And now it sounds like his problems may have escalated to domestic abuse.

The Cleveland Browns announced their intentions to part ways with their young quarterback after initial reports of a police encounter surfaced last week. Details were sparse at the time, but Dallas’s ABC affiliate WFAA today published a story based on police reports that alleges Manziel hit and then forcibly dragged an ex-girlfriend by the hair into a car, before threatening to kill her and himself. If that sounds eerily familiar, it’s because we’ve seen this story before.

The NFL responded to the story by saying it is aware of the police report, but after years of sustained criticism over the way it handles (or doesn’t handle) matters of domestic abuse — Greg Hardy, Ray Rice, Ben Roethlisberger, to name just a few — how it proceeds in the next few days, or even hours, on the eve of its biggest day of the year, will be crucial.