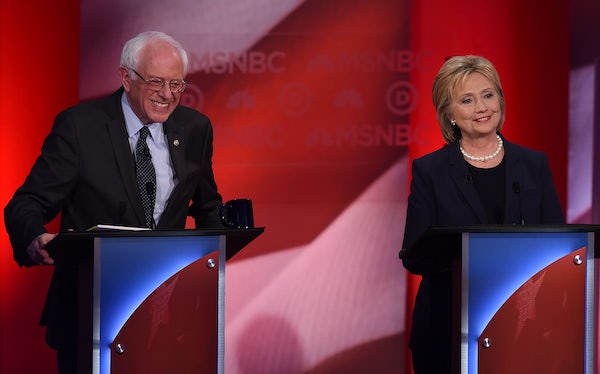 That’s it for the fifth Democratic debate. Here’s what you missed.

Elizabeth Bruenig argues that Hillary Clinton wants you to believe she’s tough on Wall Street, even when she’s not.

No one says “no” quite like Hillary, Laure Reston writes.

The Koch brothers made a record appearance in the Democratic debate, Rebecca Leber says.

Both Sanders and Clinton will let an Iowa recount happen, if they must, writes Emma Foehringer Merchant.

Alex Shephard notes that Clinton is still running on her old tagline, “Who do you want to answer the phone at 3 a.m.?”

Elspeth Reeve admires MSNBC’s use of a split screen.

Shephard says Clinton still hasn’t figured out how to answer questions about her Wall Street connections.

Gwyneth Kelly notes that Clinton made an interesting argument for why she’s not the establishment candidate.

And both candidates spent an inordinate amount of time discussing the etymology of the word “progressive,” Shephard says.