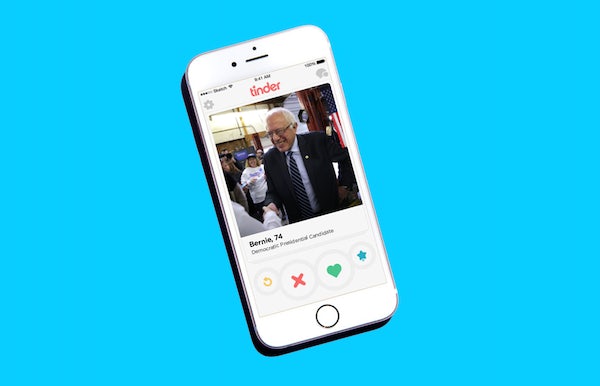 Bernie Sanders supporters are getting guys’ hopes up on Tinder.

Two women had their accounts locked on the dating app after sending hundreds of messages to men asking them to support the Vermont senator for the Democratic nomination.

“Do you feel the bern? Please text WORK to 82623 for me. Thanks,” read one message sent by Robyn Gedrich, who told Reuters she was targeting 60 people per day for two weeks before Tinder caught wind of what was going on.

“It was really alarming to see that a lot of people don’t know what’s going on in the world,” she said, apparently unaware that most men aren’t on Tinder to talk politics.

The other woman whom the company banned, 22-year-old Haley Lent, is married.