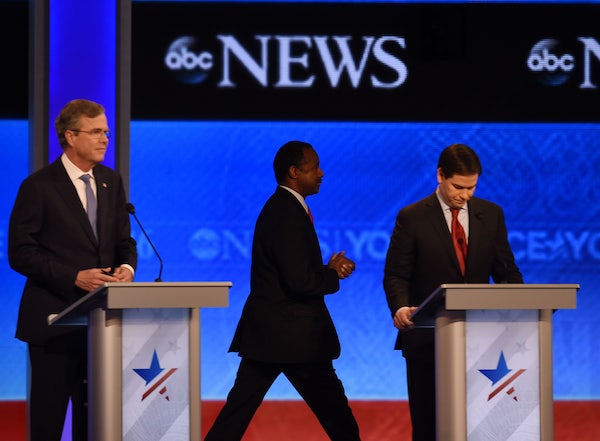 The worst thing that’s happened at tonight’s debate is that ABC forgot to ask Ben Carson about North Korea.

Sure, ABC totally botched the introduction. And sure, all of the moderators sound like they have a mouthful of caramel. But the worst thing that’s happened tonight is that ABC asked every candidate about North Korea but forgot to ask Ben Carson.

Carson’s foreign policy answers have been the highlight of nearly every debate in this election cycle. He once told Bill O’Reilly that he would solve foreign policy crises by making two or more phone calls: “It’s not going to be done with a first phone call. You know, there will be multiple phone calls.” In the last debate, when asked about Russia, Carson said, “Putin is a one-horse country: oil and energy.”

I can only guess what Carson would have said if he had been asked about North Korea—just that it would have been about nuclear weapons, China, and Kim Jong-Un, and that he would’ve mixed up at least two nouns. What I do know is that we just missed out on what would’ve been a high point of tonight’s debate.

If ABC knows what’s right it will make up for this by asking Ben Carson about Syria.