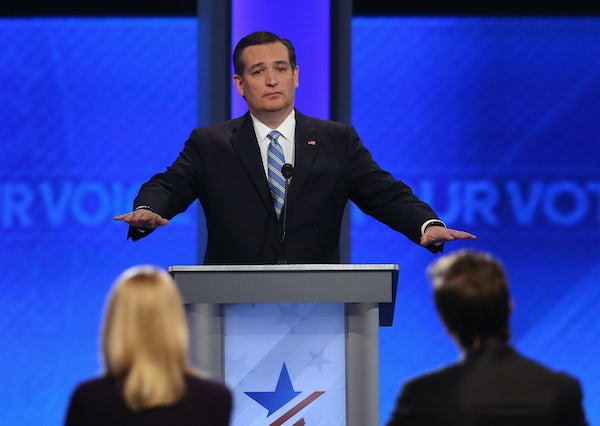 Ted Cruz is trying to show his human side.

Cruz, you may have heard, is not particularly well-liked by most people who encounter him. He often comes across as oily or arrogant and in tonight’s debate, he’s shown little regard for human life on two occasions: while discussing carpet bombing ISIS, which would almost certainly kill thousands of civilians, and calling for the reintroduction of torture. But when asked about the epidemic of heroin addiction, Cruz gave a touching monologue about his half-sister, who struggled with addiction and died of an overdose a few years ago.

The story was a familiar one to anyone who knows someone who struggles with addiction. Cruz’s sister was angry and abused drugs and alcohol; she went to jail; she “spent some time in a crack house” before Cruz and his father got her out; and she died of an overdose of prescription pills.

Nearly every Republican candidate has told a story like this over the past week for one very cynical reason: New Hampshire currently has a heroin epidemic, and nearly half of the state’s residents know someone who has struggled with addiction. As my colleague Jeet Heer noted on Twitter, this is something of a shift in Republican rhetoric when it comes to drug abuse: