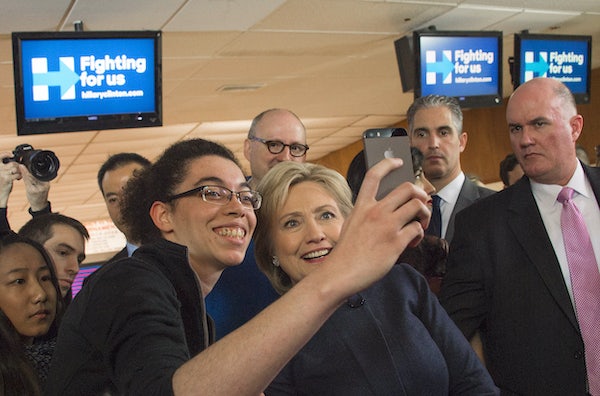 The feminist age divide is becoming an issue in the Clinton campaign.

In a Meet the Press segment with Chuck Todd this morning, Hillary Clinton weighed in on former Secretary of State Madeleine Albright’s recent comment that “there’s a special place in hell for women who don’t help each other,” which, given the context of a New Hampshire Clinton rally, struck many as suggesting that women who don’t vote Clinton should go to hell.

When asked by Todd if she could understand why people were offended, Clinton demurred: “Good grief, we’re getting offended about everything these days! People can’t say anything without offending somebody.”

She then went on to say she admires Albright’s life experience (which ostensibly informed Albright’s statement), and said Albright was simply trying to “remind young women that this struggle ... is not over, and don’t be in any way lulled by the progress we’ve made.”

Clinton is right about people being offended, but perhaps short-sighted in suggesting (as Debbie Wasserman Schultz has) that young women might be in need of schooling on feminism. After Gloria Steinem’s Friday night interview with Bill Maher in which she proposed young women support Bernie to attract the attention of boys, the gap between young and older feminists has become a rather urgent issue in the Clinton campaign.