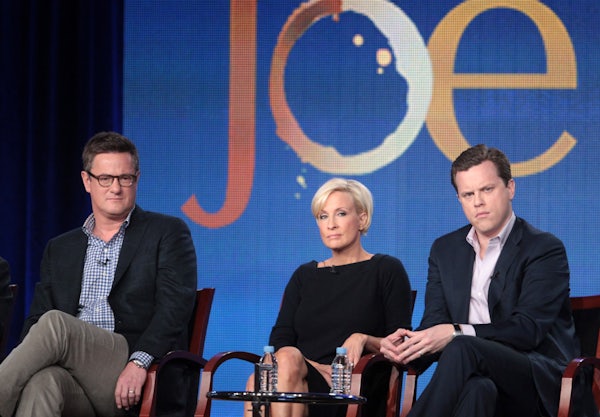 If Marco Rubio can’t face the Morning Joe crowd how will he stand up to Vladimir Putin?

This is the question readers may find themselves asking in response to this funny article in the Times about Rubio’s refusal to appear on a show that is must-watch television in the corridors of power in Washington, D.C., but considered virtually unwatchable everywhere else. What’s Rubio’s beef? It turns out host Joe Scarborough has been highly critical of the Florida senator, most recently glomming onto the line that Rubio is “too robotic, too prepackaged, and too young” to be president, a criticism that has gained traction following Rubio’s circuits going haywire during the last debate.

The Times tries to root Scarborough’s distaste in a professional rivalry (Scarborough was once a congressman from Florida), but it’s just as likely that he simply doesn’t like Rubio very much. Regardless, he has a point that Rubio is being a bit “thin-skinned” by declining to come on the show. Scarborough & Co. may be twits, but at least that’s all they are.