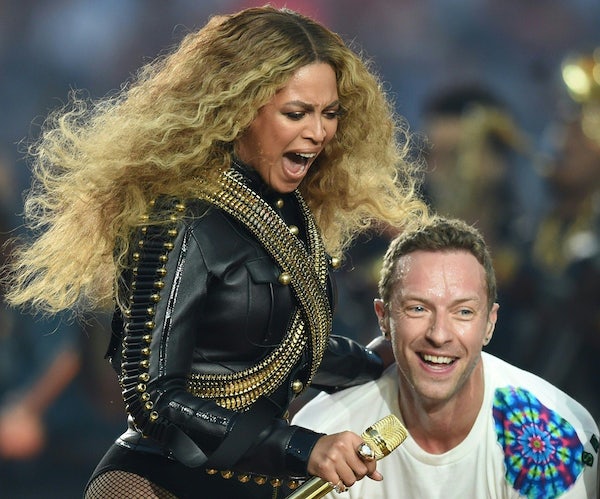 Beyoncé once rejected a Chris Martin song by saying, “I really like you, but this is awful.”

I sense a pattern! Just weeks ago, members of Coldplay reminisced about David Bowie rejecting an offer to collaborate by saying, “It’s not a very good song, is it?” Now Martin has told Rolling Stone that Beyoncé pretty much did the same thing:

Martin once presented a song to Beyoncé called “Hook Up” and played it in the studio for her and producer Stargate. She turned it down, he says, “in the sweetest possible way: She told me, ‘I really like you—but this is awful.’”

Beyoncé and Martin are chummy—and to his, and the rest of his band’s credit, the members of Coldplay are gracious and good-humored in defeat. Coldplay and Beyoncé collaborated on “Hymn for the Weekend,” which is a totally fine song. And on Sunday, Beyoncé joined Martin and the rest of the Lollypop Guild during the Super Bowl Halftime Show.