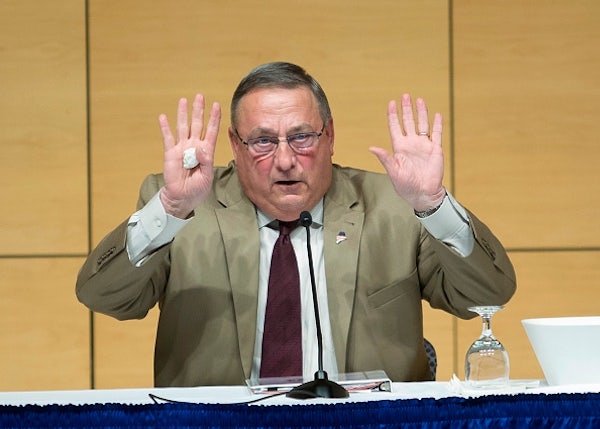 Paul LePage wants to clarify that, yes, by “D-Money” and “Smoothie” he meant black people.

The Maine governor drew flack last month for blaming his state’s heroin abuse problem on “guys with the name D-Money, Smoothie, Shifty” who “come up here” to sell drugs and then go home, presumably back to other states where guys with names like D-Money might live. “Half the time, they impregnate a young, white girl before they leave,” according to LePage, a claim his press office insisted was definitely not “about race” and how could you even think that?

Apparently concerned that some of the fine citizens in his overwhelmingly white state may have taken that half-assed denial at face value, LePage went on local radio Tuesday to set the record straight. “I had to go scream at the top of my lungs about black dealers coming in and doing the things that they’re doing to our state,” said LePage. “I had to scream about guillotines and those types of things before they were embarrassed into giving us a handful of DEA agents. ...It takes outrageous comments and outrageous actions to get [the state legislature] off the dime.”

So you see, LePage wasn’t being loudly racist just because. He had to do what he had to do to get resources for his constituents. Even racism isn’t “about race” in America.