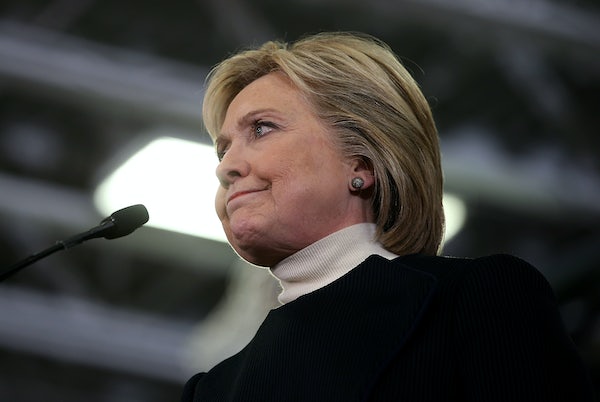 As soon as the polls closed news organizations declared Bernie Sanders the winner of New Hampshire. Clinton’s campaign was ready with a memo explaining why the loss was insignificant given the upcoming contests in less-white states. But even though the defeat was expected, Clinton’s concession speech pulled no punches. In a few short minutes it hit on her strengths and reframed her perceived weaknesses.

First, Clinton made a passionate case to minority voters in South Carolina. She highlighted her recent trip to Flint, Michigan—“It isn’t right that the kids I met in Flint on Sunday were poisoned because their governor wanted to save money”—and invoked imagery of black mothers afraid for their sons’ lives. Then she also spoke to the young, white voters in New Hampshire who had spurned her for Sanders, adopting some of Sanders’s own rhetoric.“People have every right to be angry, but they’re also hungry. They’re hungry for solutions,” Clinton said.

She talked about her lifelong commitment to human rights, saying, “Human rights across the board for every single American. Now, that is who I am. That is what I’ve always done.” And in speaking once again to young voters, she ended with an optimistic note stolen from Chumbawumba: “It’s not whether you get knocked down that matters, it’s whether you get back up.”