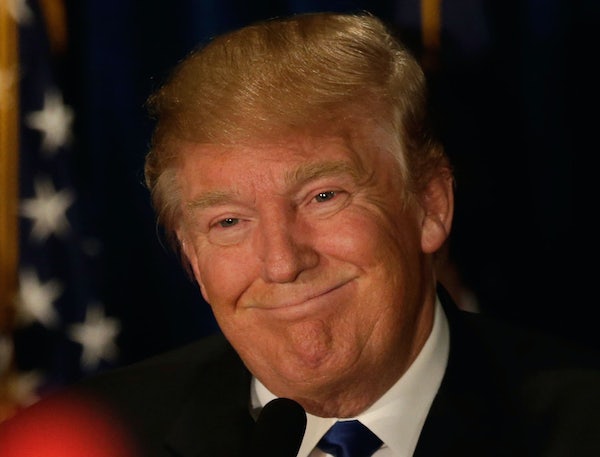 Here are seven sentences that explain American politics better than this one from Donald Trump.

The Washington Post’s Greg Sargent points to a line from a recent Trump speech as a neat encapsulation of the 2016 election, and puts it under the headline, “Donald Trump explains American politics in a single sentence.” It is a fun game to guess what pearl of Trumpian wisdom this sentence might possibly be.

Alas, the answer is not that exciting. Speaking of Bernie Sanders, Trump said, “The only thing he does know, and he’s right about, is that we’re being ripped off; he says that constantly; and I guess he and I are the only two that really say that.”

While that expression of populist resentment might, despite two elitist semi-colons, explain the New Hampshire primary, we think we could do better to explain all of American politics. This is a fun game to play with friends. You should try. Here’s our shot at seven sentences Trump could have said that would better explain politics in the U.S.A.: