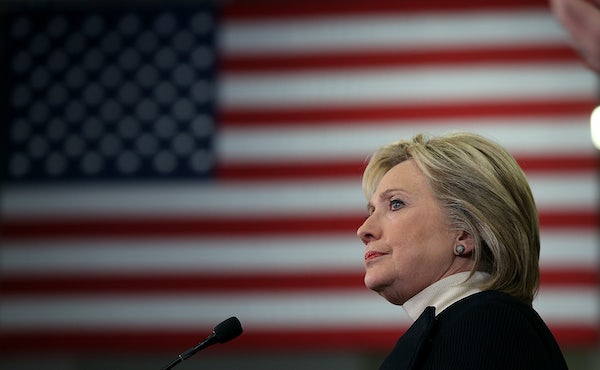 Hillary Clinton is at her best when she’s in second place.

You could see that even in her concession speech in New Hampshire, the latest setback in a long career’s worth of them. If she doesn’t share her husband’s (former) magnetism, if she has so far been unable to reach voters who aren’t old and wealthy, if she has failed to package her pragmatic political program into a story that connects, she is a uniquely empathetic figure when it comes to failure and frustration, when it comes, in particular, to being consigned to work in the shadow of more charismatic men.

She was at her best as an underdog in the 2008 race, forcing the Obama campaign to increasingly rely on its early start in the delegate count and run out the clock. There is something about being second that reminds voters of just how badly and unfairly she has been treated over the years, as Michelle Goldberg points out. If there is a real Hillary Clinton buried like a nesting doll in her many layers of public personae, this might be it, the talent who has been passed over and maligned.

One question is how the rest of Hillaryland will respond to her fall from inevitability. The perennially maddening part about the Clintons is their penchant for taking the worst advice, from the grossest toadies, whose fingerprints seem to be all over Bill Clinton’s ill-advised attempt to smear the very supporters his wife is supposed to be wooing. There’s no point dispensing advice to the Clintons, since they won’t take it, but if they’re smart they’ll let Hillary do what she does best.