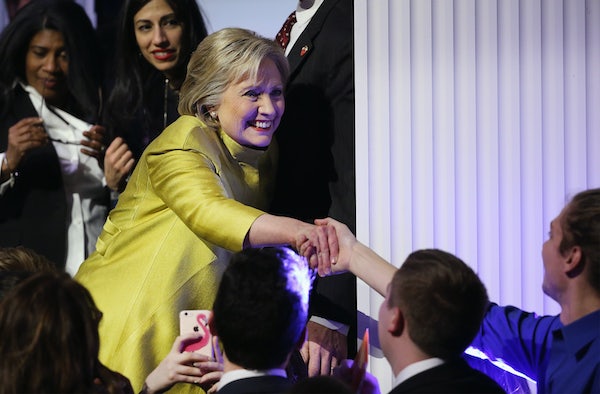 Hillaryland, for once, is playing it smart.

If Bernie Sanders is the most on-message candidate in the 2016 race, if he has a penchant for returning time and again to his overarching worldview, and if he has abided by the plain principles of respect and positivity that he set out early in his candidacy, then Clinton has already tried several different approaches and messages in this young campaign, with the result that you never quite know which Clinton you’re going to get. There was some speculation that she would hit Sanders hard at Thursday night’s debate, to blunt his momentum following an overwhelming victory in New Hampshire. And earlier in the day we got a glimpse of the kinds of cutting attacks her campaign can deploy, with supporter John Lewis coldly excising Sanders from any involvement in the civil rights movement.

But as in 2008, when her attacks on the broadly liked Barack Obama fell flat, going negative on Sanders has only served to alienate liberals that Clinton ultimately needs to convince. It seems Clinton finally understands this; in the debate last night she insistently highlighted her areas of agreement with Sanders, lauded the ambitions of the progressive movement, and stuck close to Obama, the most unifying figure in the party. It may make for a dull debate, but it’s a long-term game plan that makes sense for a candidate whose main problem is a progressive base that doesn’t trust her.