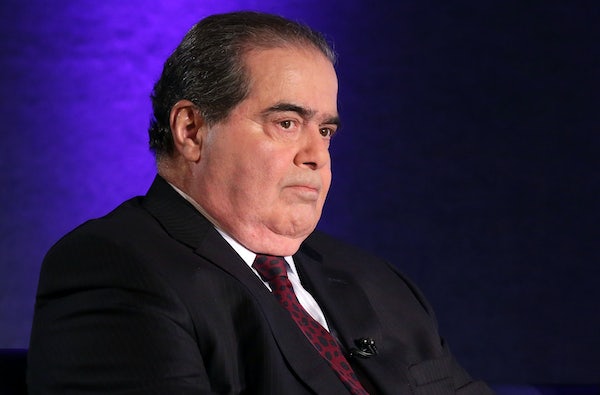 News reports are coming in that Justice Scalia was found dead in a Texas resort. The first report came from the San Antonio Express, which wrote:

Scalia, 79, was a guest at the Cibolo Creek Ranch, a resort in the Big Bend region south of Marfa.

According to a report, Scalia arrived at the ranch on Friday and attended a private party with about 40 people. When he did not appear for breakfast, a person associated with the ranch went to his room and found a body.

U.S. District Judge Fred Biery said he was among those notified about Scalia’s death.

“I was told it was this morning,” Biery said of Scalia’s death. “It happened on a ranch out near Marfa. As far as the details, I think it’s pretty vague right now as to how,” he said. “My reaction is it’s very unfortunate. It’s unfortunate with any death, and politically in the presidential cycle we’re in, my educated guess is nothing will happen before the next president is elected.”

With the Court currently divided 5-4 between Republican (and generally conservative) appointees and Democratic liberal appointees, the death of Scalia throws the ideological balance of the court into play. Scalia was the unwavering anchor of the conservative majority. Whoever appoints Scalia’s replacement, whether Obama or the next president, will be deciding the fate of American jurisprudence for years to come.