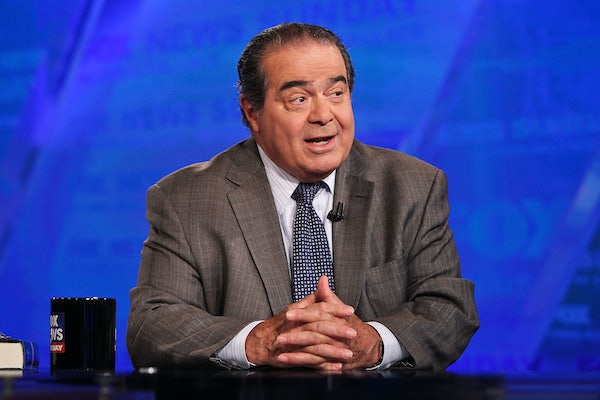 Antonin Scalia’s death will cause fireworks at tonight’s GOP debate.

The unexpected death of the conservative Supreme Court justice is already disrupting American politics, especially on the Republican side. With Senate Majority Leader Mitch McConnell peremptorily stating that Obama should not appoint a replacement and that the Senate won’t consider any appointments. Republican presidential candidates are rushing to take sides on this issue. So far, Ted Cruz and Ben Carson have echoed McConnell, while Jeb Bush and Donald Trump have kept quiet on the matter.

The new vacancy in the court also creates an opening for Trump’s rivals to play up how dangerous he is to GOP orthodoxy. Trump has said that his sister Maryanne Trump Barry, a federal judge, would make an excellent Supreme Court justice. The problem, from a traditional Republican point of view, is that Judge Barry is pro-choice. Are anti-abortion Republicans who might otherwise like Trump really going to risk making Roe v. Wade permanent? In a bible belt state like South Carolina, where tonight’s debate is being held, that’s a great argument to make against Trump.