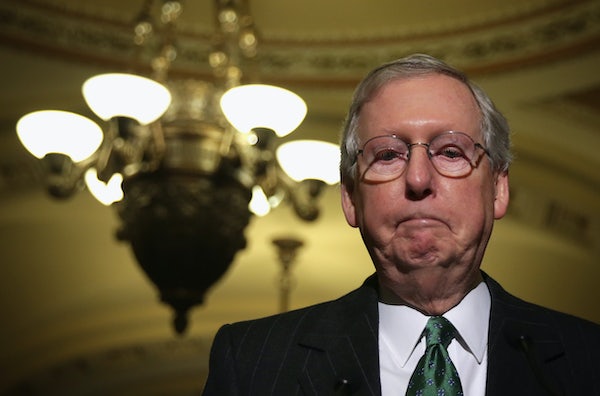 The GOP’s blanket block of Obama’s Supreme Court nominee could backfire in a big way.

Specific nominees have been blocked in the past. But what Senate Majority Leader Mitch McConnell and his confreres are proposing is different, amounting to an usurpation of a presidential prerogative. Perhaps the threat to block all nominees, before the Senate even has a chance to weigh their qualifications, could be justified if we were closer to November, but in February it deprives the court of a ninth vote for at least 11 months. The president is elected to a four-year term, not a three-year term, and it’s his right to appoint Supreme Court justices. The Senate’s role, per the Constitution, is merely to “advise and consent.”

If McConnell follows through with this threat, what is to stop a Democratic minority from issuing blanket bans on Republican nominees, should a Republican be elected president in the fall? (Harry Reid removed the filibuster for judicial appointees, but there is an exception for SCOTUS nominees.) If McConnell wants to turn “advise and consent” into a much stronger weapon, what’s to stop Democrats from using it? It seems entirely possible that we’re heading toward a constitutional crisis, at a time when the court is evenly divided 4-4 ideologically.