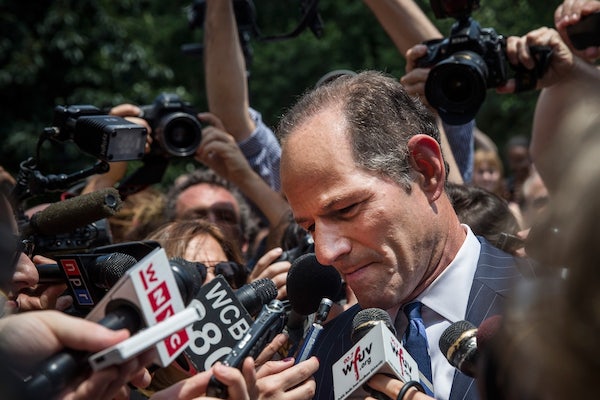 Meet the new Eliot Spitzer, same as the old.

It’s easy to forget about the former attorney general and governor, ever since Anthony Weiner displaced him as New Yorkers’ favorite adulterous politician. But over the weekend, Spitzer was back in the papers after the New York Daily News reported that he was being investigated for allegedly assaulting a woman he was seeing, 25-year-old Svetlana Travis.

On Tuesday, the paper offered more details, suggesting that Spitzer became enraged after Travis told him that she wanted to move back to her native Russia. Spitzer is denying any physical altercation took place at a suite in the Plaza Hotel, despite reports that Travis called 911 after slashing her wrists. (The New York Post, for what it’s worth, described Travis as a “$5k-a-night hooker.”)

Since resigning from the governor’s office in 2008, he has remained on the periphery of New York politics, hosting his own cable talk show and plotting his return to elected office. He tried to run for city comptroller in 2013 at the same time Weiner was running for mayor, but he failed to make it out of the primaries.