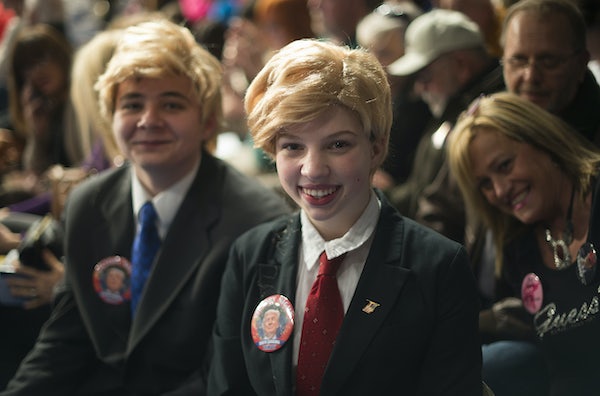 Now back to your regular programming: A new poll shows Trump with a big lead.

The CBS News poll of Republican voters nationwide has Trump easily leading the field with 35 percent, trailed by Ted Cruz with 18 percent and Marco Rubio with 12 percent. Trump “leads among nearly every demographic group,” CBS writes.

There was a brief moment yesterday when it appeared that a shift in the race may have occurred, after a NBC News/Wall Street Journal poll showed Cruz with the lead. The CBS poll is more evidence that the earlier poll was probably an outlier. That’s what Trump is going with anyway.