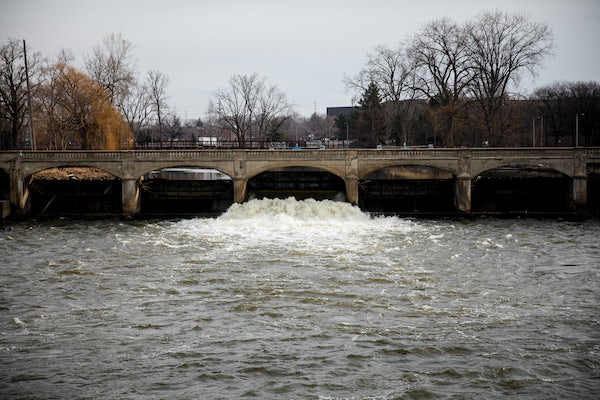 The latest baddie in Flint River water is a likely carcinogen.

According to a May 2015 report from the Michigan Department of Community Health, tests showed elevated levels of perfluorinated compounds (PFCs) in the Flint River and 13 types of PFCs in total. According to the report, and as reported by The Intercept, the number of PFCs is “more than in any of the other water sources tested around the state.” Tests also revealed that for one compound, PFOS, 2013 concentrations were three times higher than in 2001.

PFCs are used to make products like non-stick pans grease- and stain-resistant. The compounds are endocrine disruptors and have been shown to increase the risk of certain types of cancer.

Though the department’s study did not test homes or drinking water for PFCs and makes no mention of possible impacts on Flint residents, the tests could indicate that after the city switched to using Flint River water in 2014, PFCs may also have found their way into the community’s lead-contaminated drinking water.