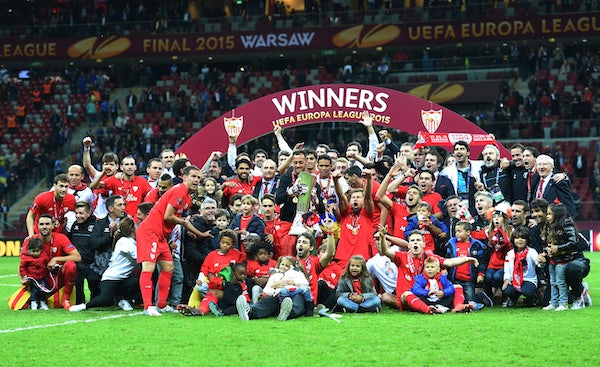 Today is the day the Europa League officially became more exciting than the Champions League.

The Europa League has always been the Champions League’s unloved younger sibling, relegated to Thursday nights in places you’ve never heard of (seriously, I still haven’t figured out how to say Midtjylland). Why would you want to watch Europe’s second-tier play when you could watch Barcelona and Bayern Munich?

But today, in the Round of 32, the Europa League comes into its own. Let’s just look at the games slated for this afternoon:

-Borussia Dortmund vs. Porto: These are two of the most exciting teams in Europe. Dortmund played in the 2013 Champions League Final and have already scored a whopping 91 goals in all competitions this season. Porto last won the Champions League in 2004, under Jose Mourinho, and, led by Mexican midfielder Héctor Herrera, are a perennial threat.

-Augsburg vs. Liverpool: AKA, Jürgen Klopp’s dramatic return to Germany. Hosts Augsburg are having plenty of fun with it: Yesterday they released a Scouse-to-German guide to help the two sets of fans, a reference to Klopp’s now-famous interview in which he learns Scouse phrases from a young Liverpool boy.

-Fiorentina vs. Tottenham: Spurs are flying high in the Premier League right now, with a first title in 54 years a real possibility. Fiorentina, third in Serie A, are not to be underestimated.

The list of great clashes goes on: Villareal vs. Napoli, Sporting Lisbon vs. Bayer Leverkusen, Marseille vs. Athletic Bilbao, Shakhtar Donetsk vs. Schalke. Oh, and Manchester United are also playing. Did you have other plans this afternoon?