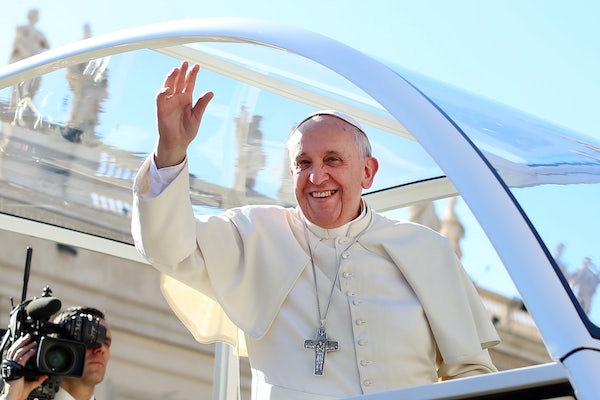 The other Pope Francis news of the day is far more important.

Yes, his holiness is now in a flame war with Donald Trump. But he also made a huge announcement related to the Zika virus.

In many of the Central American countries experiencing an outbreak of the mosquito-borne virus, governments have advised women to delay childbearing for two or more years until a cure has been found for the devastating birth defects it causes. Today in Mexico, Pope Francis suggested women in Zika-affected countries could use birth control to prevent pregnancy.

At a press conference aboard the papal plane, Francis said abortion “is an evil in and of itself, but it is not a religious evil at its root, no? It’s a human evil. On the other hand, avoiding pregnancy is not an absolute evil. In certain cases, as in this one ... it was clear.”

Although the Catholic Church condemns both abortion and contraception, it has recommended the use of birth control in the past in extreme situations. In the 1960s Pope Paul IV allowed nuns in the Belgian Congo to use birth control, but only because they were being “systematically raped.”

Francis has shown a much more realistic attitude towards birth control than his predecessors, saying last year after a trip to Africa that questions over condom use were less pressing than those about poverty.