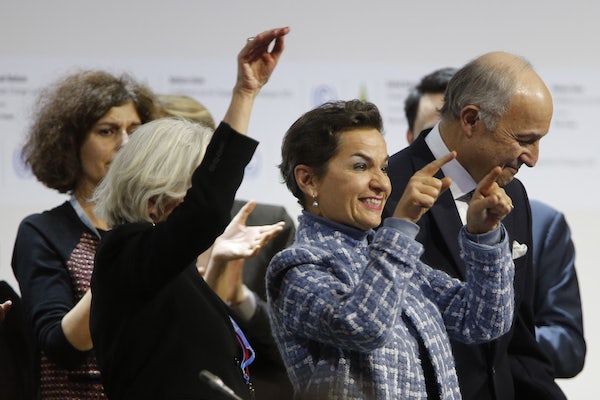 The UN climate rockstar who made Paris happen will step down in July.

Christiana Figueres, currently the executive secretary of the United Nations Framework Convention on Climate Change, says she will not renew her post after her six-year contract ends in early July.

Just a few months prior, on April 22 (Earth Day), UN headquarters will hold a signing ceremony for the global agreement reached in December, a potential chance for countries to meet again and discuss early steps toward implementing the agreement. With Figueres moving on, and the recent announcement that Laurent Fabius, the French foreign minister and president of this year’s talks, has also stepped down, there is some worry that the progress made in Paris will be slowed due to a leadership vacuum.

While Fabius has already been replaced by the French environment minister, who will direct countries until next year’s gathering in Morocco, the hunt for Figueres’s successor is now underway.