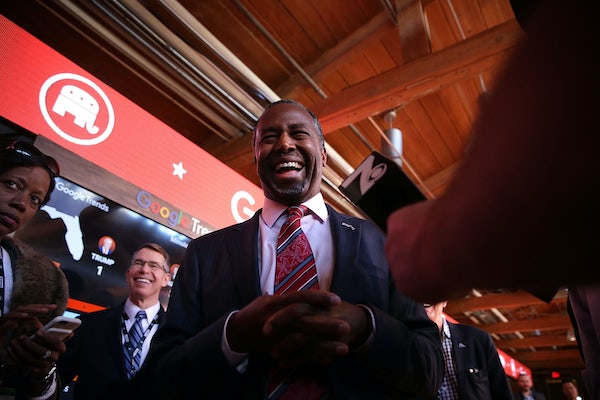 How did Ben Carson and John Kasich outlast Jeb Bush?

All three finished with single-digit percentages of the vote in South Carolina, yet only one took that as a sign that it was time to bow out. If Jeb Bush, who raised more money and aired more ads than Carson and Kasich combined, can’t hack it, what makes Carson and Kasich think they can?

Probably a potent combination of denial and lower stakes. Neither Carson or Kasich represent the dying light of a political dynasty, and Carson’s campaign has more closely resembled a money-making scheme than a real campaign since the beginning.

Both campaigns are clinging to the glimmers of hope given by their very brief surges earlier in the campaign. Kasich’s team went so far as to spin his loss as a win in the completely invented “Governors Bracket.”

Carson, meanwhile, delivered a similarly delusional non-victory speech. “There are news people here who think I’m going to make a concession speech,” he said. “This is a ‘just the beginning’ speech.” However, rumors are circulating that the end is nigh:

Carson has weathered such rumors before, but staying in the race is not the same thing as actually having a chance at being president.