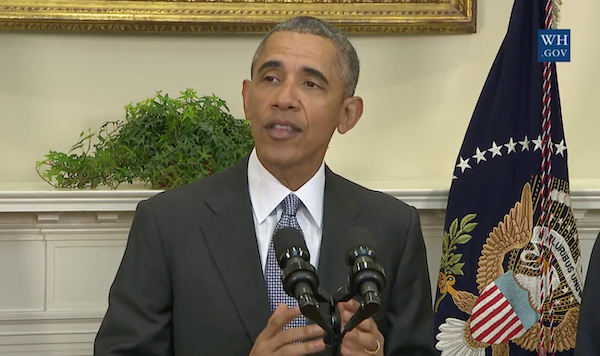 President Obama has sent Congress a plan to shut down Guantanamo.

Closing the detention center been a priority since he first campaigned for office eight years ago, citing its high costs and counterproductive effects in fighting terrorism.

In a speech today at the White House, President Obama presented a four-part plan for shutting down the facility.

“This plan deserves a fair hearing, even in an election year,” he said, in what was probably a big laugh line for House Speaker Paul Ryan.

The fourth step is where the Republican Congress will be able to find its best fodder for blocking the plan. It could cite laws forbidding the transfer of detainees to the U.S., though the White House could then turn around and argue that the laws themselves are unconstitutional. Regardless, the possibilities for congressional stalling make it likely that our 45th president will be inheriting the Gitmo dilemma.