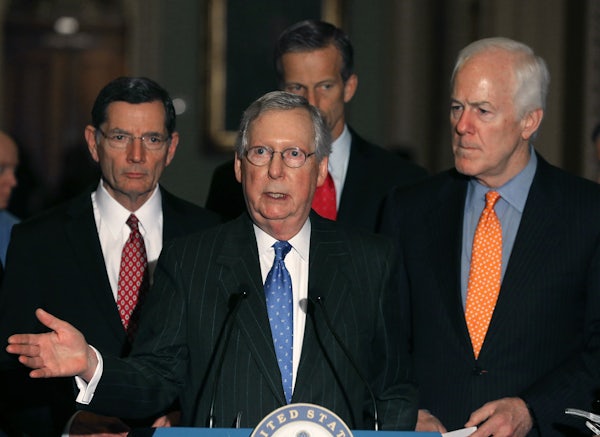 Republicans will end the Obama era as they began it, in unified opposition.

Any hope that Mitch McConnell’s Senate would at least hold hearings on President Obama’s nominee to replace Antonin Scalia on the Supreme Court was dashed on Tuesday afternoon. Not even Lindsey Graham, one of only five Republicans who voted to confirm Elena Kagan in 2010, said Obama’s nominee should get a shot. “I think we should let the next president pick,” he said.

The blanket ban on a presidential Supreme Court nominee—which goes a bit beyond the “advise and consent” role granted to the Senate by the Constitution—is clearly a nadir in American governance, the latest evidence that the norms that undergirded the post-war political order have disappeared.

The Republicans would have you believe that they are acting in the spirit of tradition, by enforcing a fictional “precedent” in which presidents refrain from nominating Supreme Court justices in election years. But it is the GOP, of course, that is breaking with tradition. Last week, when asked if there was any precedent for the Senate not to hold hearings on a president’s nominee, Orrin Hatch seemed caught out. “Well, I don’t know about that, whether there is any precedent,” he told Judy Woodruff.

The answer, at least in the modern era, is that there isn’t.