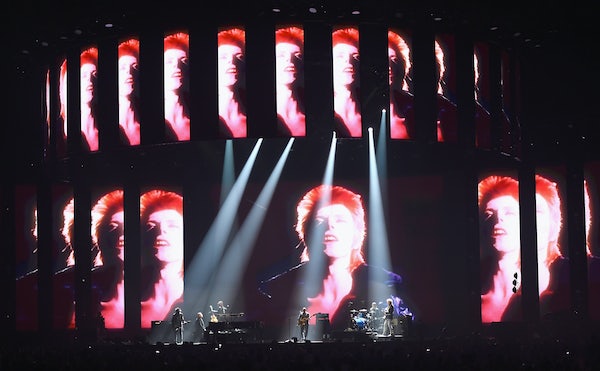 It’s not a competition, but Lorde’s David Bowie tribute is better than Lady Gaga’s.

At the Brit Awards (the British Grammys) on Wednesday night, Lorde and David Bowie’s touring band paid tribute to the Starman. While they also chose to go with a medley, the general approach was less is more. The band began by playing a several-minute medley of some of Bowie’s most beloved songs—“Space Oddity,” “Rebel Rebel,” “Let’s Dance,” “Ashes to Ashes,” “Heroes,” and more—before Lorde came on to perform “Life on Mars?”

It’s a much less ambitious medley compared to the one Gaga performed at the Grammys—she tried to not only cram every one of Bowie’s “changes” into a few minutes, but to also encapsulate the range of Bowie’s emotive performances, from portentous to hammy to fun as hell, which had a flattening effect. This tribute is less risky: the instrumental medley is touching and Lorde, rather than try to emulate Bowie, just does her Lorde thing. It’s pretty good and also the joke is on me for overthinking two tributes to David Bowie that were mostly pretty fine!

FWIW, Bowie’s son Duncan, who did not like Gaga’s performance, seemed very pleased with this one.