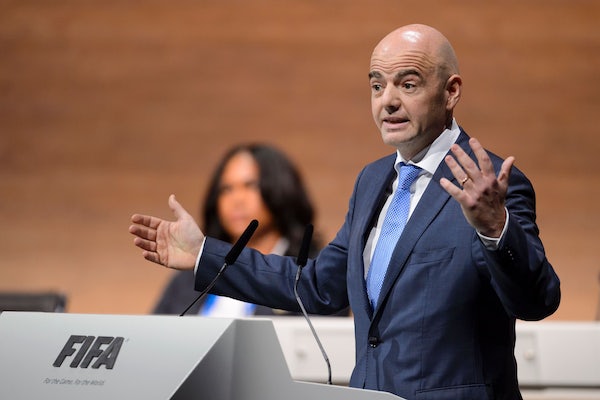 FIFA chooses to go with more of the same.

It remains to be seen how Swiss-Italian Gianni Infantino will fare as Sepp Blatter’s replacement. But here’s what we know about him: He’s a multilingual lawyer from a town not too far from Blatter’s hometown in Switzerland. He has been at UEFA, European soccer’s governing body, for 15 years—eight as President Michel Platini’s right-hand man. Given what we know about Blatter, Platini, and the organizations they run, it doesn’t seem like Infantino is a progressive reformer. UEFA is the second-most important world soccer organization behind FIFA, and electing a man at the very heart of it feels like more of the same.

Perhaps Infantino’s most high-profile move to date was his handling of last year’s Greek match-fixing scandal. The owner of perennial Greek football champions Olympiakos FC, along with two Greek Football Federation members, were accused of using blackmail and fraud to fix matches and wield total control over Greek football. Despite this scandal, Olympiakos were still allowed to compete in this year’s Champions League. Infantino and UEFA have also been attacked for refusing to investigate a whistleblower’s allegations in 2010 that UEFA voters accepted $13 million in bribes to allow Poland and Ukraine to host Euro 2012.

His campaign promise was to expand the World Cup to include 40 teams, a move that would be good for revenue but terrible for people who love the sport. Do you really want to watch another couple qualifying rounds featuring minnow teams?

Plus, he’s the candidate Jose Mourinho endorsed. Make of that what you will.