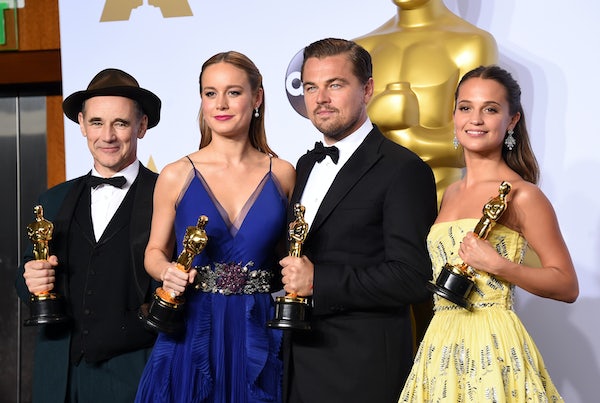 Sunday night’s Oscars got off to an incredible start. The monologue, which focused solely on race, will go down as one of the greatest in the show’s history, if not the greatest. For 15 minutes, Rock pulled his audience closer with Oscars-standard insulation comedy, then pushed them away with uncomfortable truths, and he did it over and over again. It was very good comedy and, graded on the curve of Oscar monologues, it was shocking and fantastic.

But the show never really quite recovered from it—or maybe the show never recovered from being the Oscars. For the next three-plus hours, the Oscars were mostly pretty dull. With the exception of Spotlight’s (sort of) surprise Best Picture win, everyone who was expected to win won. Maybe it was the new scroll, but the speeches, though occasionally charming, were also mostly pretty familiar. They were also surprisingly apolitical, with a few exceptions. I was mostly thankful for that—it seems that Hollywood was atypically self-aware and realized that, in an Oscars season dominated by #OscarsSoWhite, people didn’t want to be lectured by a bunch of white actors. But the relative lack of political content (in an election year!) also made the speeches blend together. There were highlights—Rock’s video shorts were especially great, Lady Gaga’s performance was powerful, Jacob Tremblay and Abraham Attah were cute—but mostly the 2016 Oscars were the same old Oscars.

Mark Rylance was great, though.