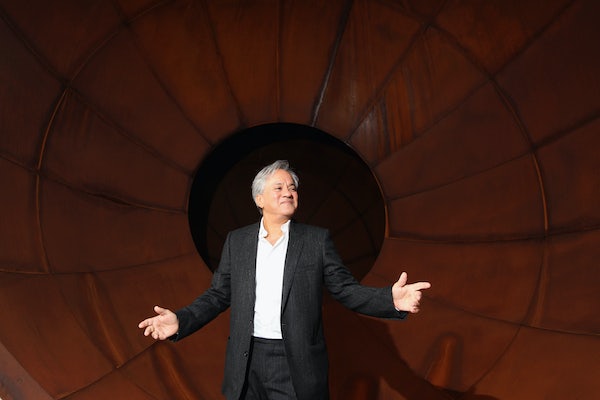 Sculptor Anish Kapoor has been given “exclusive rights” to the blackest of black paints and the art world is outraged.

Vantablack, made from carbon nanotubes, is so dark that it absorbs all but 0.035 percent of the light that hits it. That’s so dark that your brain doesn’t know how to process it, and anything coated in Vantablack appears shapeless and flat. It’s a big hit in the stealth airplane industry. Obviously, artists and supervillains everywhere are desperate to try it out, but they can’t, because artist-slash-supervillain Kapoor has been given exclusive rights to use it, hopefully because he plans to paint Cloud Gate black and ruin everyone’s Chicago Instagrams.

Vantablack is so expensive that the firm that makes it can’t give a price—even if Kapoor didn’t have exclusive rights you couldn’t just pick up a tube at your local store—but artists are angry about the principle of the thing. Artist Shanti Panchal told the Indian Telegraph, “In the creative world, artists, nobody should have a monopoly.”

However, this is not the first time use of a color has been restricted. In the 1860s chemist William Henry Perkin invented and patented the first synthetic clothing dye in a distinctive shade of mauve, and in 1957 artist Yves Klein patented International Klein Blue. All of these instances—including Vantablack—involve manufacturing technologies; it’s not really the shade of color that is patented, so if you can find a way to grow your own carbon nanotubes at home, you, too, are free to paint with the blackest black.