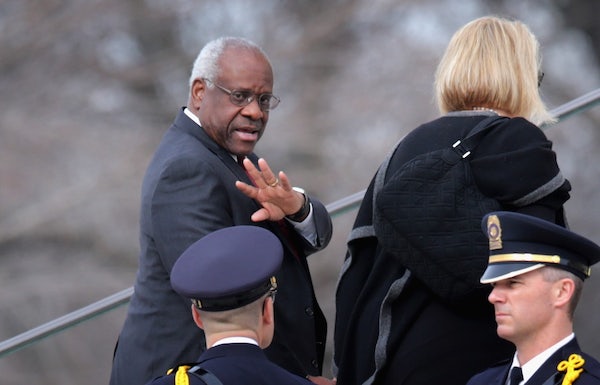 Justice Thomas just asked a question during oral arguments for the first time in a decade.

“Man asks question” rarely rises to the level of breaking news, but when that man is Clarence Thomas, who hasn’t asked a question from the bench in over a decade, you get this:

The case before him involves a federal law that prohibits people who have been convicted of domestic violence from purchasing and owning a gun. According to the AP, Thomas questioned a lawyer from the Justice Department about whether violating a law suspends a person’s constitutional rights.

It was just last week when Thomas celebrated the 10-year anniversary of his last question. In a cruel twist of fate though, because of the intergalactic rules of Leap Day, Thomas’s questions don’t actually count in the real world. See you again in 2026, Clarence!