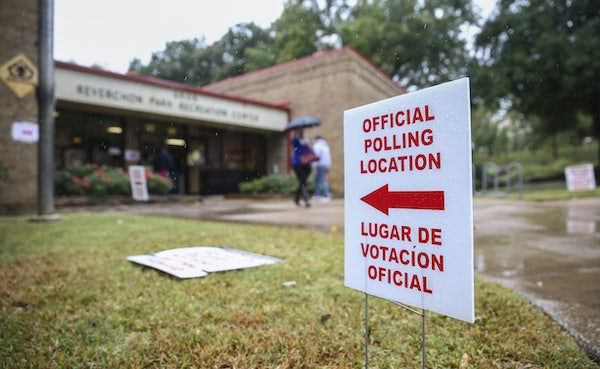 Let the open primary chicanery begin: Democrats are being urged to vote for Rubio to stop Trump.

At The Atlantic, Peter Beinart is urging Democrats to take advantage of lax rules to vote for Rubio:

“...if I lived in any of the nine Super Tuesday states that allow non-Republicans to vote in their GOP presidential primary, I would cross over—forfeiting my chance to cast a ballot for Hillary Clinton or Bernie Sanders—and vote for Rubio. Other liberals should do the same. Those who can should write him checks. Whatever it takes to stop the nomination of Donald Trump.”

Sometimes the shoe is on the other foot: Back in 2008, rightwing radio host Rush Limbaugh suggested that Republicans in eligible states should vote for Clinton to keep the Democratic primary chaos going as long as possible, and to get Barack Obama “bloodied up politically,” vis-a-vis heightened attacks from the Clinton camp. (Anecdotally, several of my own Republican relatives in Texas are contemplating voting for Clinton to keep the more liberal Sanders out of the running for the general.)

And there’s reason to believe that calls for strategic crossover voting have some impact: After Limbaugh’s “Operation Chaos” in 2008, 7 percent of primary voters in Texas showed signs of having crossed over to manipulate their rival party’s outcome. Granted, that’s not much. But in a very tight race, percentage points like those could go a long way.