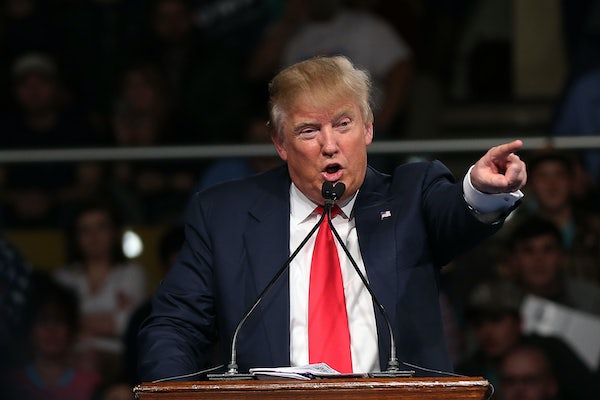 Is Trump’s deportation policy all about the art of the deal?

Back in January, Donald Trump sat down with the New York Times editorial board to try and win the paper’s endorsement. Part of that session was on-the-record, but a portion of that meeting (along with official transcripts and recording) remains off-the-record.

That’s all within standard journalistic practices, but a line in a New York Times op-ed by Gail Collins got BuzzFeed Editor-in-Chief Ben Smith curious.

The most optimistic analysis of Trump as a presidential candidate is that he just doesn’t believe in positions, except the ones you adopt for strategic purposes when you’re making a deal. So you obviously can’t explain how you’re going to deport 11 million undocumented immigrants, because it’s going to be the first bid in some future monster negotiation session.

Smith reported on Monday that sources familiar with the meeting say that Collins was going off of more than mere speculation in her column. It appears that Trump may have had some interesting things to say about his hard-line stance on immigration.

But if Trump is actually more amenable than his rhetoric has suggested, we won’t be finding out anytime soon. The Times reportedly won’t release the off-the-record transcripts without Trump’s consent.

Update: Ted Cruz has called for Donald Trump to release the tape: