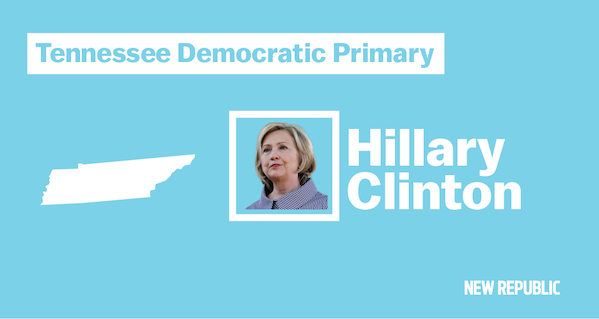 Hillary Clinton has won the Alabama and Tennessee primaries. (Oh, and she took American Samoa, too.)

After winning Georgia and Virginia earlier this evening, Clinton defeated Bernie Sanders in both Alabama and Tennessee. While the Massachusetts primary is currently too close to call, it looks like it’s going to be a big night for Clinton. Clinton also added American Samoa and its eleven delegates.

In 2008, for instance, Clinton lost Alabama, Virginia, and Georgia to Barack Obama, although she did take Tennessee.